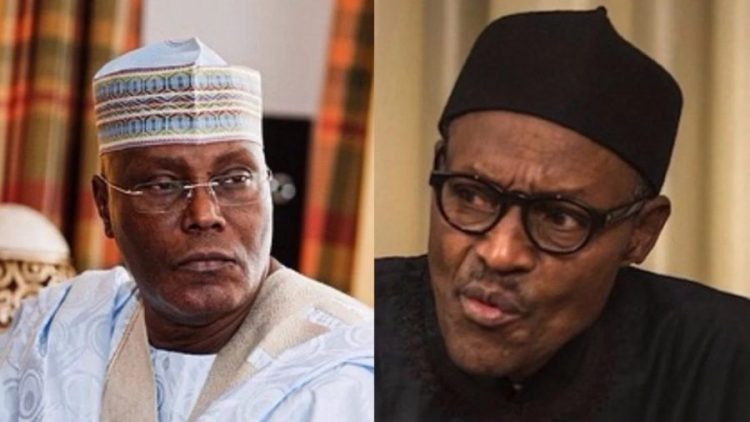 Atiku made the statement while reacting President Buhari’s statement that 90 percent of Boko Haram’s victims in the past years have been Muslims.

“it is the reality that some 90 percent of all Boko Haram’s victims have been Muslims. They include a copycat abduction of over 100 Muslim schoolgirls, along with their single Christian classmate, shootings inside mosques; and the murder of two prominent imams.

It is a simple fact that these now-failing terrorists have targeted the vulnerable, the religious, the non-religious, the young, and the old without discrimination, ” the President stressed.

Reacting to the President’s comment, Atiku Abubakar said the killing of any human being irrespective of religion must be condemned unequivocally.

“We mustn’t rationalise killings. Whether Christian, Muslim, Traditionalist, or Atheist, the killing of any human being, by Boko Haram, or any misguided group, is wrong & should be condemned unequivocally. There is no compulsion in religion. Only love,” Atiku tweeted on Wednesday 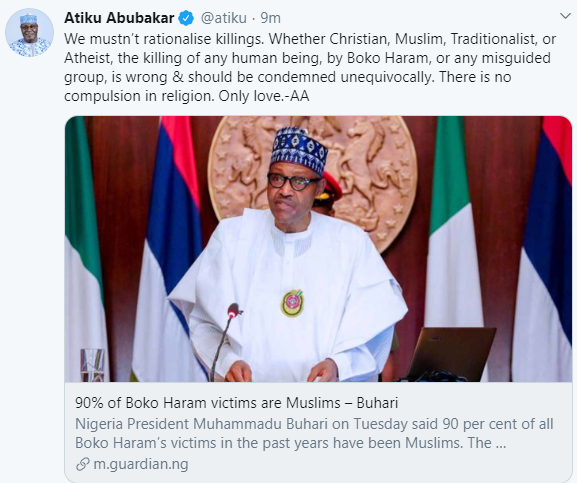 King Emvido - August 28, 2019 0
Runtown for life mp3 DownloadOur Wednesday through back song this time it falls On Naija song...

Davido clears the air following reports that he took his first...