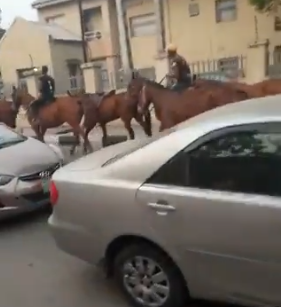 Recall LIB reported earlier that the Lagos State Government on Monday January 27, proscribed the operations of okada and tricycle riders in six local governments and nine local council development areas of the state. They were also banned from plying 10 major highways and 40 bridges and flyovers across the state. 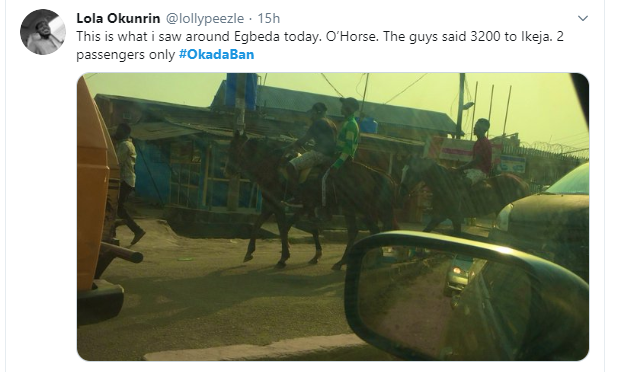 Days after the ban was enforced by security operatives, some social media users have disclosed that horses are now the new means of transportation in Lagos. There is also a video to back up the claim. 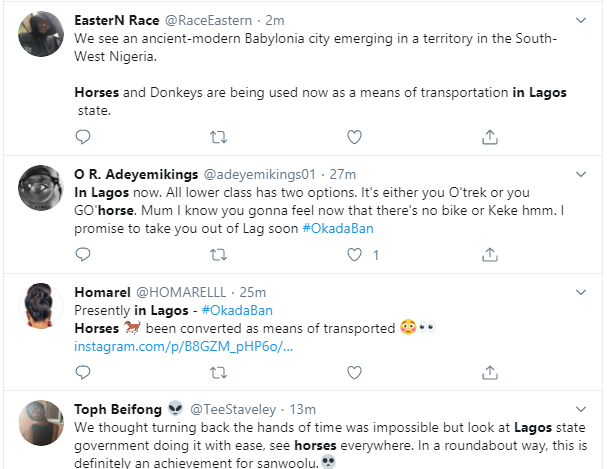 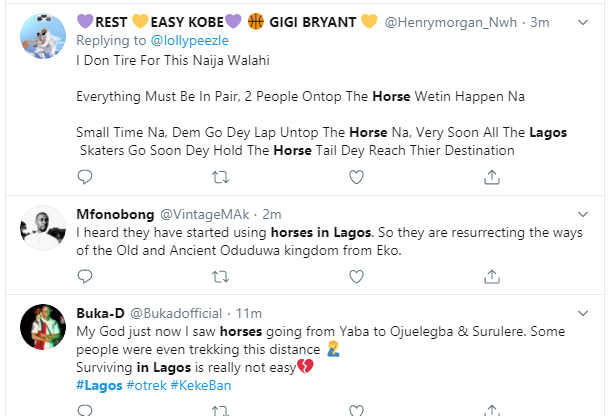 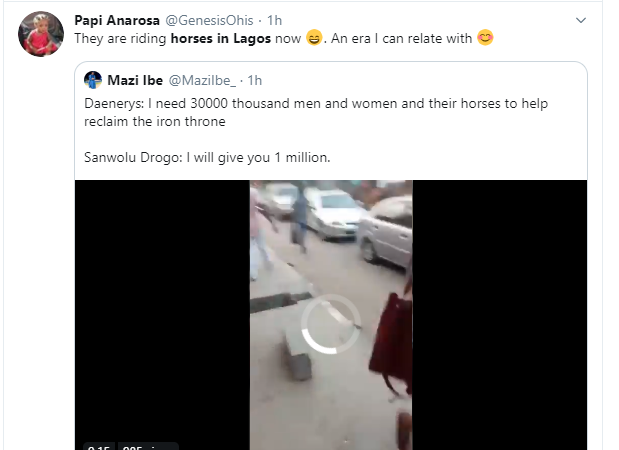 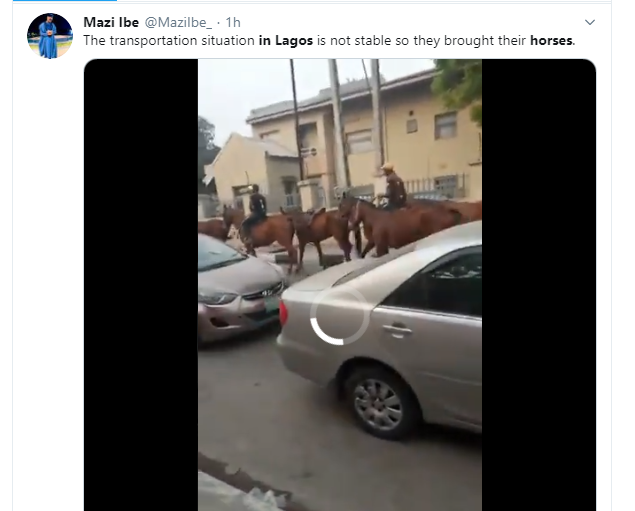 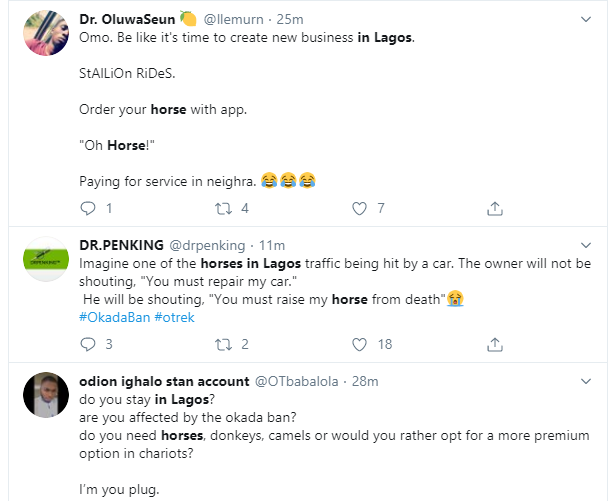 Bukola Saraki reacts to the demolition of his father’s house in...

Davido confirms his wedding with Chioma to hold next year