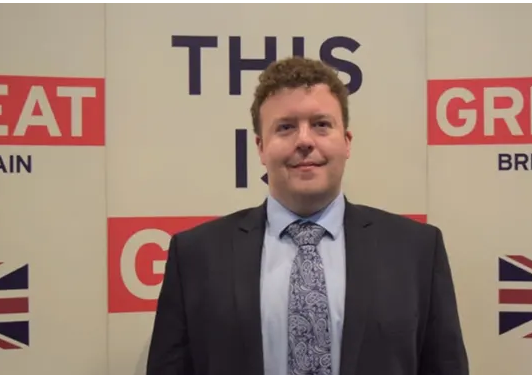 The Foreign Office confirmed in a statement that he died on Tuesday, March 26 after contracting Covid-19

UK Foreign Secretary Dominic Raab said: “I am desperately saddened by the news of Steven’s death and my heart goes out to his parents Steven and Carol.”

“Steven was a dedicated diplomat and represented his country with great skill and passion. He will be missed by all those who knew him and worked with him.”

Sources told the UK Guardian, that Steven had recently returned to Budapest from a holiday in Mexico, and early last week he said in a WhatsApp message that he had contracted coronavirus and was in isolation, but was feeling fine except for being bored.

He was receiving treatment at a hospital in Budapest in recent days before his condition deteriorated rapidly. It was not revealed if he had suffered from any underlying health conditions.

His parents, Steven and Carol Dick, paid tribute. “Steven was a much-loved son, grandson, and nephew. He was kind, funny and generous. It was always his dream to work for the Foreign and Commonwealth Office and he was very happy representing our country overseas. We are devastated by his loss and ask for privacy at this tragic time,” they said in a statement circulated by the FCO.

Dick, who joined the Foreign Office in 2008 also worked in British embassies in Riyadh and Kabul, according to his biography on the UK government’s website.