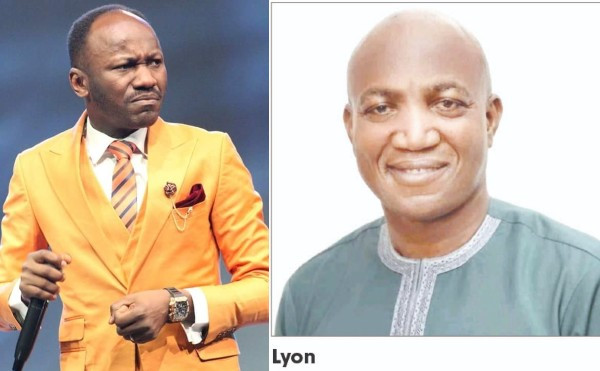 Apostle Johnson Suleman has reacted to the Supreme Court Judgement which sacked David Lyon of the All Progressives Congress (APC) as winner of Bayelsa governorship election.

The General Overseer of Omega Fire Ministeries in his tweet said Nigerian politics is becoming comical with the Independent National Electoral Commission (INEC) conducting election while the supreme court declares its winners.

Checkout :  Nigerian lady shares her experience with One Chance Operators in Lagos (video)

“So even if you don’t do well in election just be ready to do well in court..political quagmire, catalytic and epileptic electoral process.”

Haaland With Another History On Record Night

‘He isn’t your prisoner or your property’ – Super agent Mino...

We almost gave in to pressure of marrying women – Nigerian...

” He is serving a wicked and adulterous generation what they...

“We must not rationalise killings- Atiku tackles President Buhari for saying...