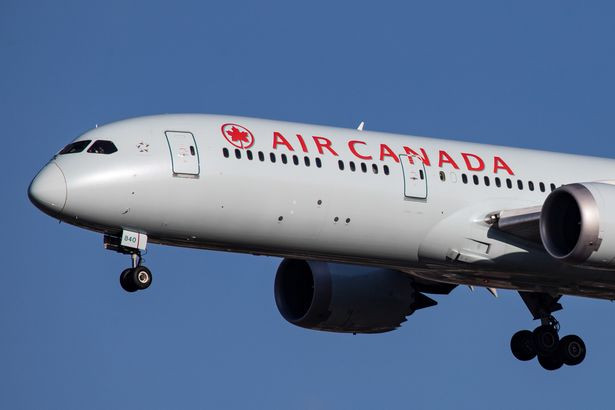 A Boeing 767 is reportedly set to make a dramatic emergency landing at Madrid airport after part of the plane ripped off and entered one of its engines.

The Air Canada flight AC837 was travelling to Toronto when the plane took off from Barajas Airport at 2.55pm local time with 128 passengers on board.

According to the UK Mirror, part of the landing gear fell off and entered one of the dual engines sometime after it departed.

The airport authority also confirmed that an F-18 Spanish Air Force combat jet has already taken to fly alongside the Air Canada plane so it can assess the damage to the aircraft and escort it towards the airport when it is ready to land.

A spokesman for a regional government-run emergency services coordinator said: “We have sent various emergency response resources to the airport because of problems with a plane.”

A spokesman for the airport operator said: “The airport is on standby to receive flight Air Canada flight AK837 which was bound for Toronto.”

The Air Canada pilot reportedly told passengers, in a message which has been made public that: “We are currently heading towards Barajas Airport and we are going to return to Madrid to land because as you know we had a little problem with one of the plane’s wheels when we took off.

“Therefore, as we’re carrying a lot of fuel we have to get rid of some fuel to be able to land. We will land in a few more minutes.

“When we are ready to land we will let you know.We thank you for your cooperation and patience and we would ask you to stay calm.”